Citizen of the World’s Wonder Women | Teleperformance
FILTER BY:

Citizen of the World’s Wonder Women

Saving the world seems like an impossible task – a deed only for superheroes. But for Ayrin Alvarez, Czarina Aglupus, and Daisy Varela, they don’t need superpowers to make a positive change.

No capes, no secret identities. Just the heart to serve.

They are just some of the Teleperformance women who help make the world a better place, one good deed at a time.

In April of 2011, Ayrin packed her bags and joined eighteen other Citizen of the World (COTW) volunteers aboard a ship bound for Mindoro, an island southwest of Manila in the Philippines. It was her first time to volunteer for Bayani Challenge* (Heroes’ Challenge) by Gawad Kalinga, a Philippine-based movement that literally means “to give care” and aims to address poverty issues by restoring the dignity of the poor. Ayrin didn’t know anyone but she felt she needed to go. Volunteering seemed like the perfect distraction for her at the time.

For five days, Ayrin woke up at the crack of dawn to work on the two houses her group was building. From mixing concrete to laying cinder blocks, she worked with urgency and enthusiasm, only resting during lunchtime. By the fifth day, the two houses were ready for their new homeowners.

Despite the occasional sting of the wind on her sunburnt skin, Ayrin felt proud of what she had accomplished. And while she may have lost in other aspects of her personal life, she certainly gained friends she could keep for life.

To this day, Ayrin still answers the call of volunteerism through various COTW initiatives. She also goes back to her first love, the Gawad Kalinga’s Bayani Challenge, by joining its annual activity.

When asked for a message to women who volunteer their time to COTW efforts, she shared:

“It takes a great deal of strength and sweat to help, but it takes a big heart to unselfishly devote time to help, reach out, and touch other’s lives. It takes a genuinely strong woman to come out of their comfort zones, make time from their busy schedules, and away from the glams of make ups and stuff just to help and make a difference.”

Czarina’s first encounter with volunteering began in one of her college’s bloodletting activities. So when she joined Teleperformance, she gladly signed up to COTW upon learning that the program also did blood drives. Twice a year, Czarina would give her share without fail.

But in 2016, she missed her chance to donate. Tests showed a spike in her blood pressure. Even after taking a second assessment, the results were not favorable.

It was a downcast moment for Czarina. Her reason for donating is far more profound than most, as this always brings her back to her first bloodletting experience.

It was during one of her nightly shifts as a nursing student when Czarina watched a woman give birth. The joyous moment was short-lived, however. The mother’s vital signs were grim. She needed a blood transfusion right away.

With no blood nor donor on hand, Czarina volunteered herself. After a few tests, she was on a hospital bed with a needle in her arm. Czarina gave someone a second chance at life that night.

It was a life-changing moment she knew she had to continue. Getting ready for the next bloodletting activity, Czarina closely monitored her blood pressure and food intake. Soon enough, she’s back on the bench, needle in her arm, giving her share of life-giving blood.

Today, Czarina volunteers her time to other COTW initiatives while she eagerly awaits the next bloodletting activity.

When asked why she loves volunteering, she replied:

“I am someone who’s willing to make time to serve and offer what I can without being paid nor asking or expecting for something in return. I have learned a lot from volunteering. The best thing about it is that it made me a better person.”

Daisy first experienced the joy of volunteering during one of COTW’s tree planting activities at the La Mesa Dam watershed near Manila.

She knew little about trees, much less about tree planting. But it didn’t matter. What mattered was the 12 million lives she was helping to save—the people who depend on the watershed.

So she took what she learned from the activity’s short tree planting seminar and began to work. She planted for hours until her back hurt and her shoulders cramped.

By the end of the day, she stood proudly, marveling at the saplings. They reminded her of the bright future that awaited her, and the next generations to come.

“When you volunteer, you never expect anything in return. But I believe in good karma. Do well to others and your kindness will find its way back to you. You’ll be glad that you did the first step. Once you’re in, it is addicting and your life will be changed forever” she says, looking forward to her next stint in helping the community through COTW.

As we continue to celebrate National Women’s Month in the Philippines, let the stories of these strong and empowered women inspire us to make a difference in the lives of others through good deeds. 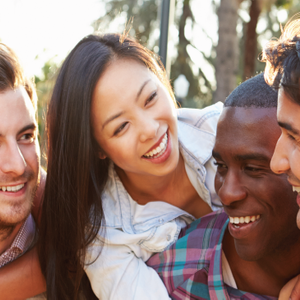 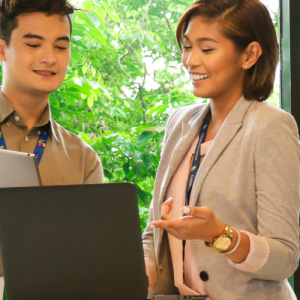 One of the most inspiring parts of our business is positive customer feedback, especially when it involves one of our remarkable employees in the Philippines! Some commendations may be as brief as “Thank you; you’ve been very helpful,” while other feedback may be more detailed — and deeply moving. At Teleperformance in the Philippines, we… 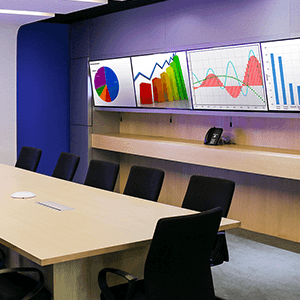 Technology has changed the way we communicate. Mobile devices and social media help us stay in touch whenever and wherever we want. For businesses, this revolution has presented a particular challenge. Now, customers choose how they want to interact with brands and companies. They can select not only the mode of communication, but also the…

GET IN TOUCH
WITH OUR EXPERTS